When I start growing Ginkgo I could not imagine that love towards that plant will become so big that I will devote a part of my life to Ginkgo exclusively. For a long time I've been collecting all informational I could find about Ginkgo, but 2007 I tried to make a simple, clear edition there was many different problems. About Ginkgo there were so much written articles but first group of them was connected to Gingko's fossils ancestors. Second group was about medical use of Ginkgo; numerous articles, studies, chemical formulas, charts by experts and amateurs, both chemists and pharmacists. Besides those two groups of articles all other notes were superficial  and shaped like news or advertisement  for numerous industrial products based on Ginkgo's leaf or seed. On the other hand I found some articles where some part were studied in smallest details. There were no more information available on line, too.

And so I found myself in somehow tricky situation. How to present all about Ginkgo in the simplest but clear, interesting and still scientifically substantiated way? Have I succeeded – judge yourself.

By 2009 I have managed to make one info-edition (non-commercial: for my friends) on Croatian in which it was explained in short  – what was Ginkgo. Besides I collected numerous notes and photos  about growing Ginkgo (from friends and my own). In the mean time I contacted famous botanists and other scientists whose interest was Ginkgo. Some of them were: professor Pavel Hrubík (Slovakia), Katarína Ražná (Slovakia), Zhiyan Zhou (China) and Peter Del Tredici (USA). In their own way they warned me on different problematic s. And as mucha as I tried to find something about all of them, I could not. Thinking about it, decision has been made: in the existing edition “World of Ginkgo's” I will show all Ginkgo's connection. Those now and during history, just keeping in mind that all information is precise, accurate, clear, short and substantiated with scientific and other sources.

At the begging I was considering to make one separate book, but as I was making progress it was quite easy to see tree different approaches. First one is about plant itself, name, cultivation, prevalence, etc. Basically descriptional part. In this part we can count Ginkgo's use in horticultural purposes because it is tightly linked with cultivation.

Second part is very logical and it relates on Ginkgo's cultivar farming and cultivation of bonsai forms.

Third and fourth part is totally applicable because it relates to use of Ginkgo or some parts of him in medicine (alternative or official), culinary, religion, mythology, art, applied art, etc.

To publish all that in one book would definitely be to excessive and it would have no sense since it can be published separately and paired it would make a complete unity. Those are precise reasons that I've separated my work “Ginkgo biloba L. 1771 - All about Ginkgo (or Maidenhair tree)” in to the four books: Vol 1- 4.

In this part (Vol 1) we bring you many descriptional data and information about cultivation, name, history, propagation and so on for the species Ginkgo biloba. 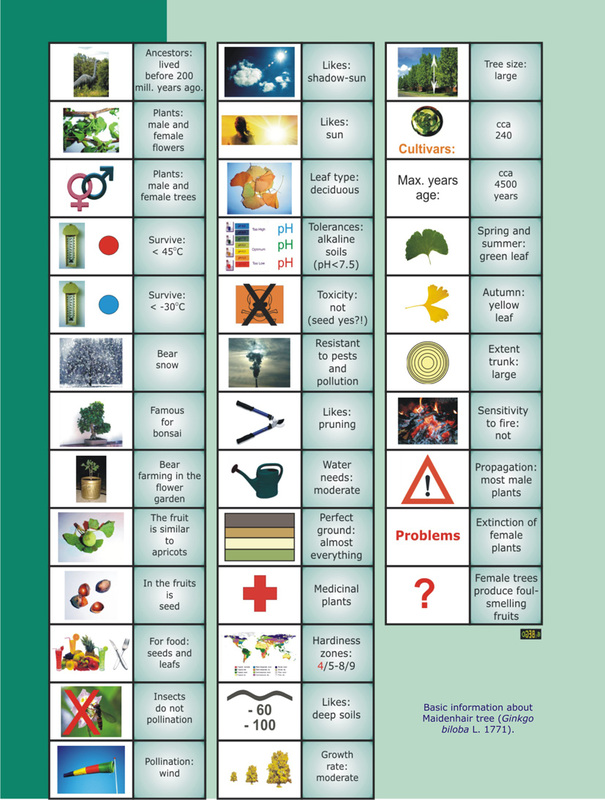 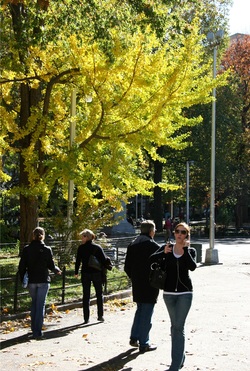 The symbiosis of ancient history and modern technology and
human life.